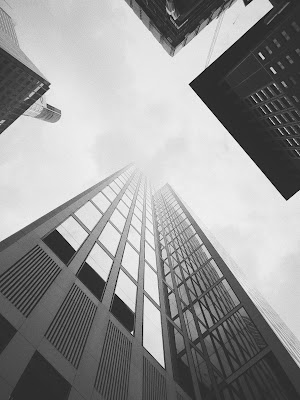 Every now and then you will encounter poets expressing frustration with their fellow-poets' over-reliance on celestial bodies. Usual culprits are the moon, stars, night sky, clouds. And this somehow extends to other natural elements like, as you can hear, the rain, the sea, trees, mountains.

What these poets are truly frustrated about is the lack of imagination behind the metaphors — of their fellow poets and themselves.

The stars are up there, unmoving and unmoved. Yet they continue to exert themselves without even trying. We are always in awe and this awe always feels new; yet we don’t have new words and ways to capture it.

During Twitter's infancy, most of my tweets were records of what I see when I look out and up in the sky. These are mostly during my commute to and from work. So I get a thoughtful view of the morning and night skies.

I didn't have mobile data during that time. Each 140-character tweet would cost 15 pesos. That was the value of words — and putting your words out there — back then.

The habit stopped in my 30s when I worked for a newspaper, where the schedule wasn't predictable. But in the last two years, I started looking up again and paying attention. Being stuck at home did that to me. I live in a three-story townhouse and that was a good enough height to sky gaze.

I call my collection of celestial sketches, Telling the Sky. By sketch I mean a descriptive verse of one to three lines. When I share them elsewhere, I divide them into parts. When I have three to four verses that I feel are good enough, that's when I share it. The latest verse has become longer, and I’m quite excited about this shift.

It's a never-ending project, but I would love to share with you what I've written so far.

Morning, birds are heading west
where colors abandon their clouds.

A pearl suspended in felt.
The moon too close, too real to pluck.

Morning, pale blue all over.
East an early arson.

What becomes of coal after burning
becomes this sky.

Afternoon above. Draped sheets
of blue and Afghan red.

Walking home and towards the moon.
Arriving at neither.

I saw a rainbow
in the afternoon dry.
I called you to look,
your face a borrowed light.
Soon it rained,
your eyes were darkening
pools. Never mind a good-bye
I saw a rainbow twice.