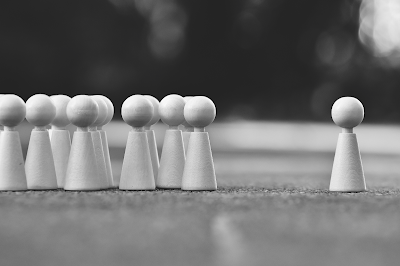 El Patrón celebrates his 143rd birthday with a big party, to understate. He is a man of power — I can neither under nor overstate how much power he has. You have to read The House of the Scorpion by Nancy Farmer to understand. But let me try to paint you a picture.

El Patrón is the Lord of Opium. He rules a vast land, owns people and servants, and lives a long life by creating clones of himself and then harvesting their body parts when his own start to fail.

One of his clones is Matteo or Matt, for short. During the said birthday celebration, Matt is dismayed to learn that his dear friend Maria, whom he is very fond of, will be seated next to Tom, whom he thinks is a terrible human being. So he puts Tom's namecard at the baby table and places Maria's namecard next to his. I don't have Matt's exact age, but in the chapter where this scene takes place, he is around seven to eleven years old.

Maria, smart girl that she is, figures out what Matt has done and is upset about it. While they're having their argument, El Patrón sees them and asks what's happening. After finding out that Matt wants Maria to sit beside him, El Patrón laughs and says, "Is she your little girlfriend?" Of course, Maria protests.

Come the time to give gifts, Maria refuses to give the one she has prepared for Matt because of his behavior that night. Her father, fearful of El Patrón, kindly asks her daughter to simply give the gift. And so she tosses it away and it falls on the floor.

Now there's tension in the air. Matt is angry. He says, "Pick it up and bring it to me." El Patrón's happy with this. Remember that Matt is El Patrón's clone. He says, "That's the stuff. Make your women toe the line."

Other people in the room are begging both Maria and Matt to drop the emotions and start acting with civility. Finally, yet still with lots of anger and tears, Maria shoves the gift to Matt and says, "I hope you choke on it!"

In that moment, Matt is overwhelmed by a wave of emotions. He realizes that he has been treated unfairly all his life because he's a clone. He then demands a birthday kiss from Maria.

Let me read to you what happens after that:

He was humiliating her. If it had been Tom asking for the kiss, no one would have cared. People would have thought it cute for a boy to flirt with his novia.

Matt wasn't a boy. He was beast.

Maria came up to him, no longer angry or rebellious. She reminded him of Felicia bent sadly over her plate. For an instant he wanted to say, Stop. It was a joke. I didn't mean it. But it was too late. El Patrón was watching them with obvious glee, and Matt realized it might be dangerous to draw back now. Who knew how the old man might punish Maria if he had his fun spoiled now?

Maria leaned forward, and Matt felt the cold brush of her lips on his skin. Then she ran to her father and collapsed in tears. He gathered her up and shouldered his way through the crowd. The paralysis that had seized everyone broke. Everyone started talking at once — not about what had just happened, but about anything else. But Matt felt their eyes on him — accusing, disgusted, repelled.

There are a fews things that I can assure you. One, I really enjoyed reading this book. And two, Matt is a wonderful character.

But oh my god, that scene. While I was reading that, I was enraged. I wanted someone to beat Matt up, I wanted Maria to claw his face till it bleeds. And to me, this is why I can't be a fictionist. I cannot let my characters be themselves; I will always want them to the do the right, pleasant things.

I hate, hate, hate Matt in this chapter. As I continue with the story, however, he becomes a three-dimensional character. And I end up rooting for him. So guys, they say don't just a book by it's cover. Don't judge a character by a chapter.

What this chapter, or this scene shows to me is that those who seem in control are never fully in control. Matt has his doubts, he has a conscience, he knows that he is crossing a line. There's a millisecond when he thinks of backing down, but he's already at that point when backing down will bring bigger consequences.

Matt has misused, perhaps miscalculated, or misunderstood his power that night. He has shamed both Maria and himself. The good news is it has happened somewhere in the first half of the novel. There are a couple hundred more pages for Matt to atone for his sins. Let's hope that we have as much time to cultivate and learn how to use our power.