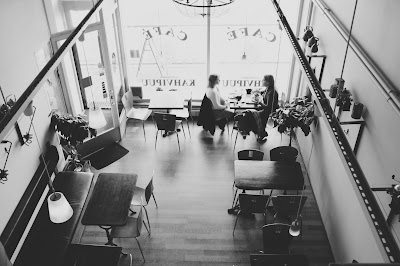 Let's start with lots of side notes. I've been learning French on Duolingo since — I'm looking at my profile and stats now on the app — I started in 2017 and has since had a 1,309-day streak.

Yes, that means I've been taking 10 minutes a day to study French. That's not 100% true, though, and I have to be honest with you. I use this streak-freeze thing, which allows you to have a day off from studying and still continue the streak in your record. I'm being honest coz we're friends.

What's my objective here? Someday I plan to travel to France, but I also have this strong desire to read books, especially theory books in the original French.

For now I can grasp a few phrases on French TV shows, and even read French tweets and Instagram captions. Hurray! As for the books, it'll probably take a longer time before I could read a book written in French. You may be laughing at me, or I'm actually laughing at myself. I should do more than use an app to learn a language, but again, it's a side note.

In my last trip to the book store, I saw this slim novel with a nice old rose hue on the cover. The title is Happy People Read & Drink Coffee by, excuse my pronunciation, Agnès Martin Lugand. The title? Super corny. That was my first thought. But then, I read further on the cover that it was translated from French.

Just like that, the Francophile in me kicked in and kicked hard. End of story: I bought the book.

It is bad. I believe that a lot must have been lost in translation.

It's the story of a Parisian woman who lost her husband and daughter to a car accident. In an attempt to get back on her feet, she traveled to Ireland. And to me it's a cliché story of people traveling to find themselves, or of becoming whole in themselves before they could be good for other people.

But all is not lost. There is something to be mined from this little novel. The word I’d like to focus on is ‘partner’.

If not for Felix, Diane may have buried herself into depression and she wouldn't have a job to go back to. Felix took care of Diane and their business.

Diane's next partner is Edward. He is also what screenwriters would call her “love interest”. By the way, since we like asides here, it's also said on the book cover that the novel's adapted into a film. I tried to search for it but I don't think it has already happened. I’m not sure if it has actually pushed through. The novel was published in 2015. So if you know of a film adaptation, let me know about it.

Going back to Edward, I think he's the most complex character here. And I think I use the word complex to mean vague but likable. We do not understand the motivation for his actions. Even till the end, we don’t know why he is the way he is; as a result we don't know why Diane has fallen in love with him, and why he has, if we could call it fall in love, why he likes her that way or why he treats her that way. But even so, we root for this guy. He is violent, messy, doesn’t seem to have a backbone; but we like him.

To be clear, I don’t hate it because I like a traditional happy ending where the boy and the girl end up together, but I hate it because their motivations — Edward asking Diane to be with him, and Diane declining — are not clear.

But as a very short-term partner, Edward and Diane show each other a nice kind of affection, or a nice kind of — I don't even know if it's affection because Edward can be violent — or a nice kind of feeling. I swear something is lost big time in translation here. They have made a blueprint for their futures, separate futures for the time being.

Lastly, there is Judith, Edward's sister, and Diane and Judith have this girl gang thing going — if you could call two girls a gang. The two of them work together to take Megan, Edward’s toxic ex-girlfriend, out of the equation.

There is something cold and unromantic about the word partner, but I remember the first time hearing someone describe another person as their partner — instead of their boyfriend/girlfriend or husband/wife. I was amused and inside I was nodding in agreement.

The term isn’t an attempt to be gender-neutral. It was more like an incantation. Call someone a partner and suddenly the future takes shape. Something concrete is in front of you. You and this person building a life together, if not making a single dream come true, after which you’ll have the confidence to move on to the next. 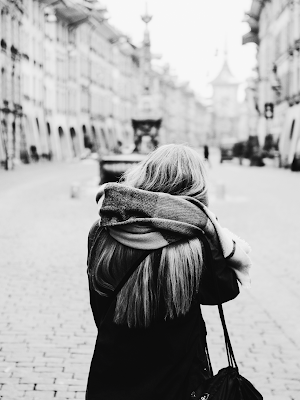