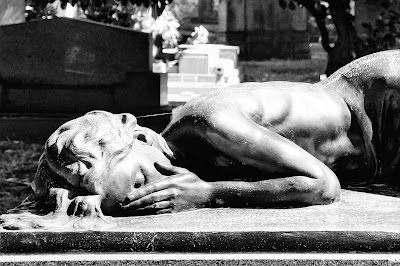 "Take your broken heart and make it into art." Ugh. I hate that quote. It perpetuates the lie that art is some form of medicine and mis-managing your emotions is okay as long as it makes an artist out of you.

A character who is full of emotions and who is also an artist is Henrietta Savernake. I met her in The Hollow, which is one of the many mysteries by Agatha Christie featuring the detective Poirot. During the quarantine I've been reading a lot of Agatha Christie but The Hollow stood out because it reads more like a romance novel that has a whodunit element in it.

So a bit of the plot. We have this — I don't know how to describe it — an ancestral house (?) called The Hollow and the Angkatells, the adults at least, have gathered with some of their friends for a nice weekend together at the huge property.

These friends include husband-and-wife John and Gerda Christow. John is a smart, successful, and charming doctor and he's married to Gerda, who is the opposite of John. She's portrayed as someone who is slow. John married her because he needed someone who would be by his side, supporting him and his ambitions.

Henrietta, our person of interest, is another friend of the Angkatells, and she is a sculptor and is having an affair with John. Henrietta is not your typical sentimental artist. She is sharp, composed, clever, and sociable. Everyone seems to love her and rely on her to make everybody else feel good.

We can say that she is another stereotype of the artist. The artist who is very good at building a facade and a wall around them, even as they produce a friendly warmth towards people.

This is why I called The Hollow a romance novel. So there is the love triangle of John and Gerda and Henrietta. But there is also Edward Angkatell who has been pining for Henrietta for ever. And pining for Edward is Midge Hardcastle. Edward and Midge are actually soon to be married.

If you can imagine, Midge is looking at Edward looking at Henrietta looking at John, who is worshipped by Gerda, who is oblivious to John's unfaithfulness. So what is that? A love pentagon? Or something.

I picked out Henrietta as the most interesting character among them because, well aside from being one of the main characters, she has shown selfless love while being so calculating as well. I know, I know. She and John are cheating on Gerda. Yet Henrietta has accepted John's request to protect Gerda from being implicated in a murder — his murder.

It is an unusual way of showing love but there you are. Is it really love, though? Or maybe the question is, is that great love shown by Henrietta? Well, I'm lucky because she has answered the question for me.

John and Henrietta would often argue about Henrietta's obsession with her art. John feels like he is competing with her art for her attention, that he has no influence over her. Henrietta assures that John that he comes first, to which John replies, and I quote, "No. If I were dead, the first thing you'd do, with the tears streaming down your face, would be to start modelling some damned mourning woman or some figure of grief."

Now that John has died, indeed, she doesn't grieve. Instead, she pulls off an elaborate fake murder scene to confuse the detectives — almost successfully. And when she thinks that she wants and finally has the time to grieve for John, this is what happens. Let me read the passage:

Now, she thought, it has come. The moment I have been dreading — the moment when I am alone...

Now I can't put it off no longer … Now grief is here with me.

What had she said to Edward? I should like to grieve for John..."

She dropped down on a chair and pushed back the hair from her face.

The tears pricked at her eyes, flowed slowly down her cheeks.

Grief, she thought, grief for John...

If I were dead, the first thing you’d do, with the tears streaming down your face, would be to start modelling some damend mourning woman or some figure of grief.

She stirred uneasily... Why had that thought come into her head?

She could see the lines of it — tall, elongated... its sorrow hiden, revealed only by the long mournful lines of the drapery...

And suddenly bitterness came over her full tide!

She thought, That's what I am! John was right. I cannot love — I cannot mourn — not with the whole of me... It's Midge, it's people like Midge who are the saltof the earth.

Midge and Edward at Ainswick...

That was reality — strength — warmth...

But I, she thought, am not a whole person. I belong not to myself, but to something outside me...

I canot gireve for my dead...

I cannot grieve for my dead...

Instad I must take my grief and make it into a figure of alabaster..."

She mentions Midge and Edward, and I would like to talk about them, too. To recap, Midge is in love with Edward, who is in love with Henrietta. On that weekend at The Hollow, it becomes clear to Edward that he cannot have Henrietta and feeling like a total failure against men like John, he attempts suicide by sticking his head into the oven.

Midge is just in time to rescue him and while they are embracing each other at the kitchen, Edward tells Midge, "You're so warm". Then Midge has a lightbulb moment. Let me read a passage:

Suddenly, with a glad proud confidence, she thought, But that's what he wants — that's what I can give him! They were all cold, the Angkatells; even Henrietta had something her of the will-o'-the wisp, of the elusive fairy coldness in the Angkatell blood. Let Edward love Henrietta as an intangible and upossessable dream. It was warmth, permanence, stability that was his real need. It was daily companionship and love and laughter at Ainswick.

There is a happy ending — of the traditional kind — in The Hollow, after all. Midge and Edward push through their wedding and we have reason to believe that they are living happily ever after.

I hope that I am not making a clear-cut binary between brilliant but cold artists and dull but loving people. What I encourage is steering clear of stereotypes.

There is warmth in art. I've always thought that an artwork is proof of human beings' capacity to care. A good work of art tells me that someone has bothered to make something so good for another person to engage with. Whether the artist's motivation for creation is selfish or not, we cannot deny whatever positive effect they have on others.

There is warmth in art and I like it. I also like warmth in the present, with my fellow human beings. Not the kind that is preserved in frames or books or songs. I'm talking about the happiness that is fleeting and without thought — and always new because you cannot go back to it; instead you have to be ready when it arrives.

Going back to grieving, I would like to be able to grieve, because for me that means I can accept loss; and if I can accept the heaviness of a loss then that means that I can embrace so much, including joy. Ang going back to heart-breaks, only humans can break my heart. However humane art can be, I prefer my heart to be mended by real human hands.